Kevin Nealon (/ˈniːlən/; born November 18, 1953) is an American actor and comedian, who played as Don Burns in the CBS sitcom Man with a Plan. He is best known as a cast member on Saturday Night Live from 1986 to 1995, acting in several of the Happy Madison films, for playing Doug Wilson on the Showtime series Weeds, and providing the voice of the title character, Glenn Martin, on Glenn Martin, DDS.

Nealon was born in St. Louis, Missouri, the son of Kathleen M. (née Kimball) and Emmett F. Nealon, an aircraft company executive. A few months after he was born, the family moved to Bridgeport, Connecticut. He was raised Catholic, and graduated from St. Joseph High School in Trumbull, Connecticut, in 1971. Nealon graduated with a bachelor's degree in marketing from Sacred Heart University (and worked in a variety of part-time jobs while doing stand-up comedy). Nealon then took some night courses at Fairfield University, where he became the starting quarterback for the school's football team.

Nealon debuted on network television doing a stand-up routine for The Tonight Show Starring Johnny Carson in 1984. On the September 24, 1985 nighttime syndicated episode of Sale of the Century, Nealon can be seen onstage congratulating his friend Tim Holleran on winning more than $150,000 in cash and prizes. In 1986, Saturday Night Live recruited his friend Dana Carvey, and Carvey in turn recommended Nealon. Both joined the cast that year, and Nealon became a full-time performer in the 1987–1988 season, and remained for nine seasons.

Nealon's SNL characters include Mr. Subliminal (or Subliminal Message Man), Franz (of Hans and Franz) along with Dana Carvey, Mr. No Depth Perception, the anchor of Weekend Update (where he ended each edition with "I'm Kevin Nealon, and that's news to me"), and many others.

In 1991, he starred in the Christmas movie, All I Want for Christmas. More recently Nealon has appeared in the movies Happy Gilmore, Anger Management, Little Nicky, Daddy Day Care, Good Boy! and Grandma's Boy. In fall 2005, he appeared in an episode of Curb Your Enthusiasm, where he played himself (Season 5, Episode 4).

Nealon had a recurring television role on the 2002-06 CBS comedy Still Standing playing Ted Halverson, the Millers' competitive and religious neighbor. He has also appeared as a patient in a mental institution on the first season of Monk. "Deja Vu" is an episode of The Outer Limits television show. It first aired on 9 July 1999, during the fifth season. Nealon played Dr. Mark Crest. Nealon also had an ongoing supporting role as Doug Wilson on the show Weeds on Showtime.

In 1994, Nealon hosted the 13 part series Amazing America on the Discovery Channel.

In 2002, Nealon hosted The Conspiracy Zone on The New TNN for 26 episodes plus an unaired pilot.

Nealon appeared as a couples counselor on the sitcom, 3rd Rock from the Sun. He had a small cameo appearance in the 2008 film Get Smart.

Nealon also hosted the World's Funniest Commercials on TBS. In a performance similar to Bob Saget, Nealon tells corny jokes in between each funny commercial. In 2008, a book authored by Nealon chronicling his experiences during his wife's pregnancy called Yes, You're Pregnant, But What About Me? was released.

He is also starring in CBS' new sitcom Man with a Plan, which premiered on October 24, 2016.

On February 22, 2006, Nealon contributed a story to the New York Times about being wiretapped by Hollywood private investigator Anthony Pellicano, who has been indicted on racketeering and conspiracy charges. It was also revealed in a separate court case on February 27, 2006, that investigators working for the Ringling Brothers and Barnum & Bailey Circus may also have targeted Nealon for wiretapping.

He is a vegetarian because of concerns about animal cruelty and for health reasons. He lives in the Los Angeles area.

He is an avid golfer and poker player and also plays banjo and guitar. He also claims to be fluent in German, having lived in Germany for four years. 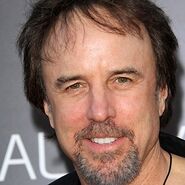 Retrieved from "https://manwithaplan.fandom.com/wiki/Kevin_Nealon?oldid=1777"
Community content is available under CC-BY-SA unless otherwise noted.